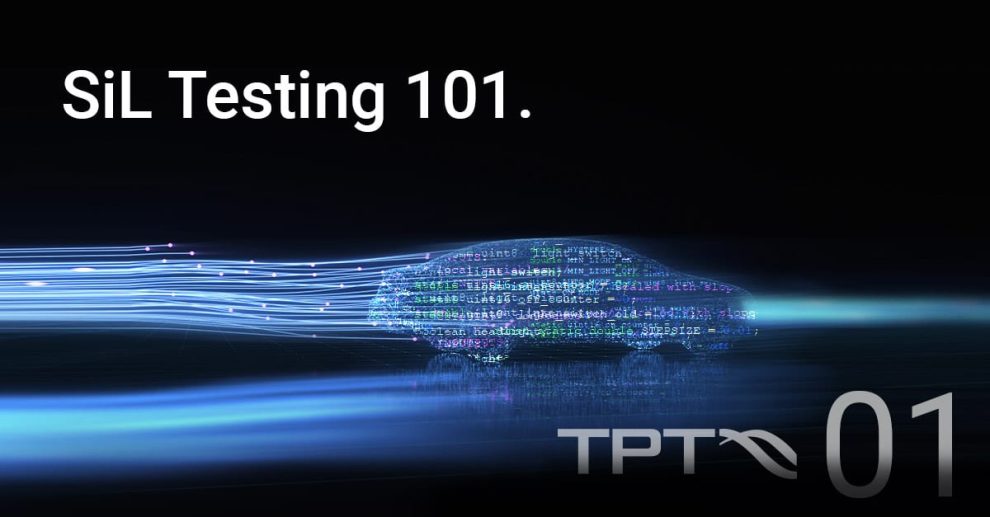 Software-in-the-Loop testing, also called SiL testing, means testing embedded software, algorithms or entire control loops with or without environment model on a PC, thus without ECU hardware. In fact, SiL Testing is an integral part of automotive software testing. The source code for the embedded system is compiled for execution on the PC and then tested on the PC.

The biggest advantage of Software-in-Loop testing is that you can identify system bugs and errors as early as possible. This not only allows for quick fixes, but consequently reduces development time and keeps development cost to a minimum.

The term “in-the-loop” (“in-loop”) means that parts of the software environment, that is the controlled system or hardware, are simulated. The simulation of a closed control loop is not necessarily mandatory, since some systems under test, especially in module testing, do not require closed control loops.

SiL Testing as part of MBD

For Software-in-Loop testing, the source code must be compiled in advance. Common software compilers such as Microsoft Visual Studio or MinGW are often used. If special functions are used in the software that are not supported by the compiler or the PC processor, these functions must be “stubbed“, meaning replaced by dummy functions.

Code Coverage is a Test Exit Criterion of SiL Testing.

Give TPT a try with a free evaluation license

You can request a free evaluation license to give TPT a try.

2. Send us an e-mail under tpt@piketec.com

Feel free to follow us on LinkedIn or stay tuned by subscribing to our Newsletter which we send out once every quarter and upon new releases of TPT.

If you are under 16 and wish to give consent to optional services, you must ask your legal guardians for permission. We use cookies and other technologies on our website. Some of them are essential, while others help us to improve this website and your experience. Personal data may be processed (e.g. IP addresses), for example for personalized ads and content or ad and content measurement. You can find more information about the use of your data in our privacy policy. Here you will find an overview of all cookies used. You can give your consent to whole categories or display further information and select certain cookies.